Through my summers of traveling to Rwanda, I was able to meet and work with many creatives in the field. I traveled by car with my local friend, Claudine, the sole survivor of her family of 12, and connected with many Rwandans interested in telling their story either, verbally, via written word or through imagery, dance or music. My time spent in Rwanda was always filled with collaboration and exploration of expressions, both my own and those of whom I met. Below are some of the collaborations, either pre-planned or site-responsive. Establishing and maintaining connections with organizations such as the Uburanga Arts Studio, Ready for Reading, a women's weaving group or researchers has been an integral part of my creative collaborations and has fueled my desire to bring this approach to fieldwork in Ecuador. Stay tuned for more on those artistic collaborations, workshops and sharing, and overall discovery.

Claudine Uwamahoro's son, Eddy Claude, translated and edited this poignant exchange between his mother and Masengo Rutayisive as they sat in The Garden of Memory at the Genocide Memorial Museum, speaking of their respective losses during the genocide. Although I didn't understand what they were saying to each other as I shot the video, because of the time I spent with Claudine and others hearing their stories, I could feel their sadness and mutual respect. I built on those emotions and insights in shooting this video. And, in developing the translated subtitles, Eddy Claude, speaks for the first generation of genocide survivors and the reverence for this burial and memorial site.

Claudine is seen below in the video I shot, as she presented an impromptu team-building exercise with the staff at Ready for Reading. The interactive exercise was to show the importance of support from co-workers. Although, not expecting it, the presentation was met with applause and laughter.

I was introduced to the Ready for Reading library initiative when I met with its developer, Betsy Dickey in Vermont. Dickey, quickly arranged our collaborative efforts that summer, 2015, where, over several days, my team and I were able to visit, collaborate and teach two classes on imagery and storytelling through painting and book discussions. Read entire story here. 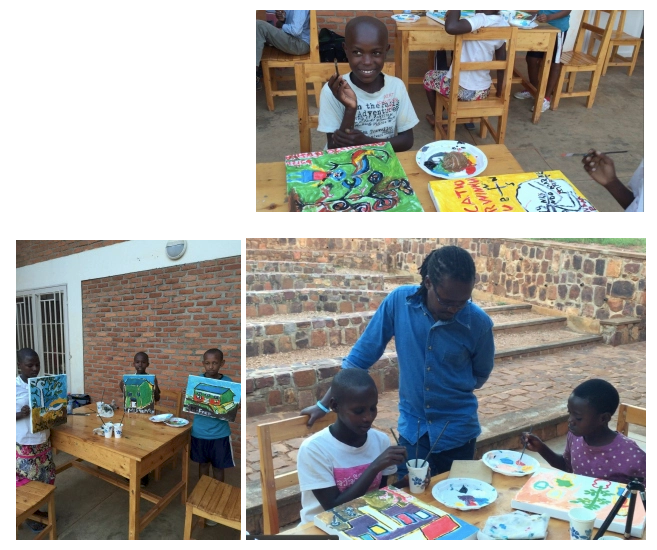 Polaroid Transfer Workshop
I was able to share my knowledge and teach a workshop to young creatives (19-30-year olds) at the Uburanga Arts Studio. In this two -day workshop, the artists used my equipment in shooting, and we improvised a darkroom for developing the instant shots and transfer. This workshop and the use of my cameras and tools allowed them to explore a process that is not readily accessible to them. They were able to  see for the first time this simple, single-process printmaking using polaroid film.​ 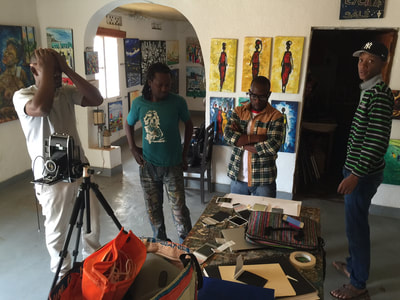 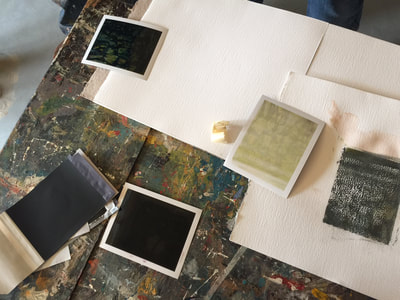 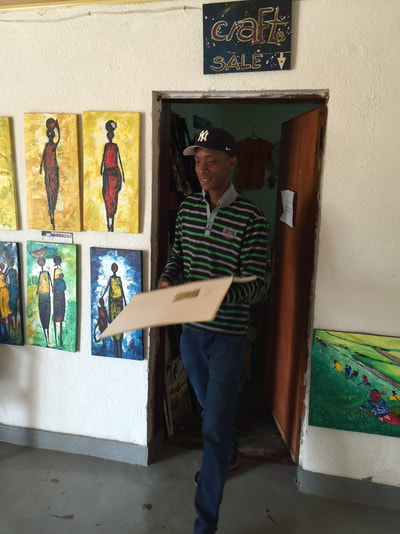 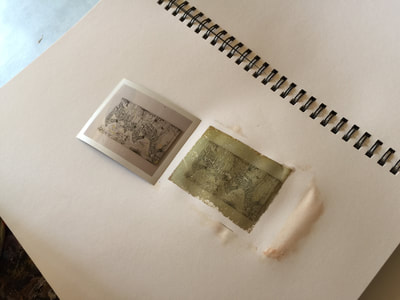 ​In an Interview, Painter Djamal Ntagara says, that while he gives his paintings titles as he works from his own concepts, that the viewer should not look to his title for his or her sense of meaning and experience--rather, they should "see it in your own way."